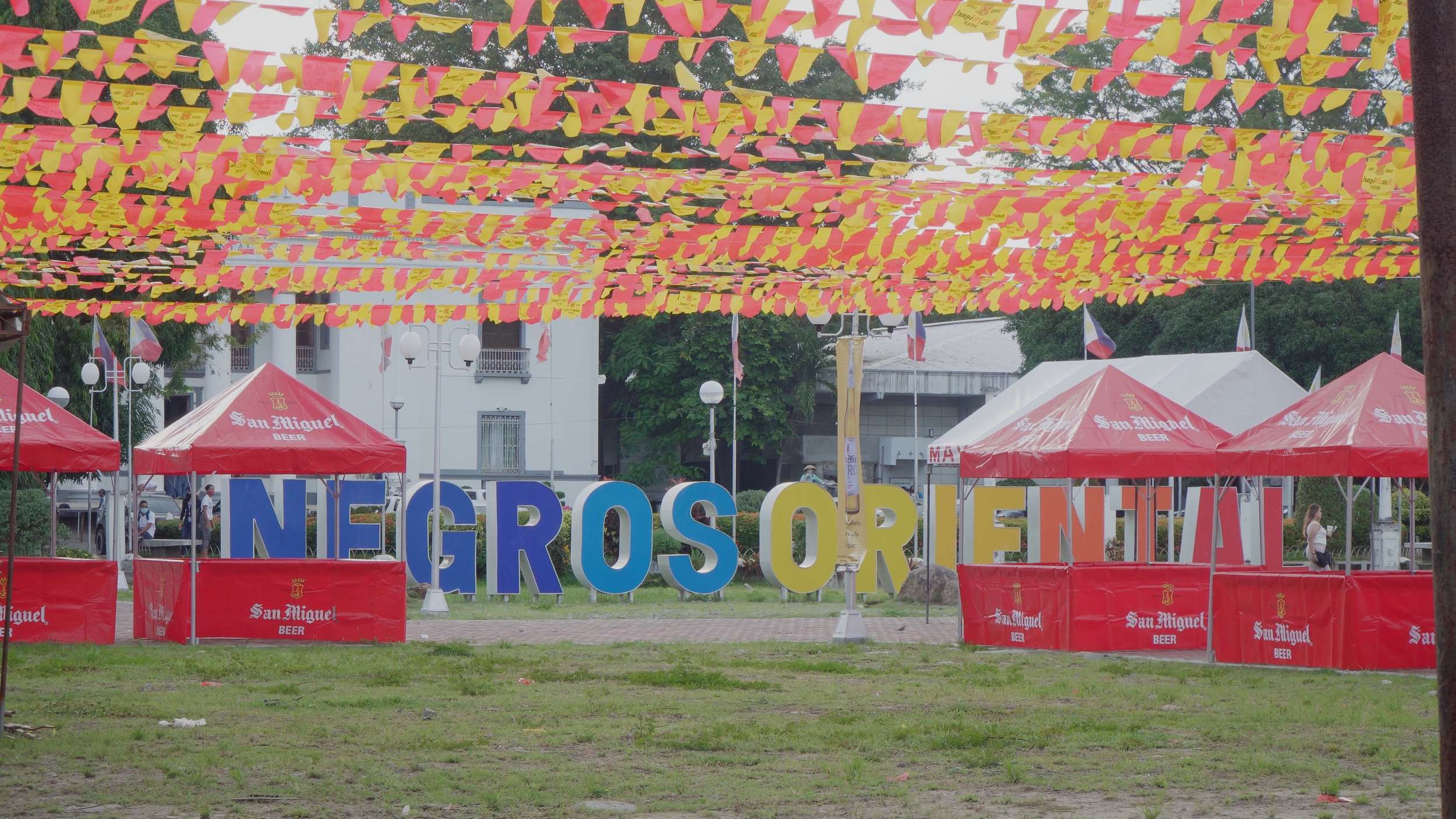 Looks like all of those booths can’t be done by the opening day which is today, Friday... but we don’t know their powers. In the photos below, every LGU is busy finishing their spot where they can soon showcase their locality's bests in the coming festival. These photos were still taken last Wednesday afternoon anyway, so most of them may already be ready by now.

After 3 years without the festival because of the world’s health crisis, the Buglasan Festival of Negros Oriental is finally back! And despite of the short planning and preparations because of the unpredictability of the covid situations (we did not know when things can get back to normal), plus the confusion that happened in the province’s politics, it looks like this year’s Buglasan Festival would still become an event that we could still love and enjoy, and remember.

The office of the province has already posted a list of events that will happen throughout the 2 week-festival but there could still be some more that will be announced later, like special guests, and bands. Like the just recently announced that Sponge Cola will ba playing at the main stage on October 27, Thursday. The complete list of events will be attached at the bottom of the article.

Other music events that has yet been announced are:

And on October 29, the rock alternative band All for Jordan will also be playing at 12Midnight.

Just several weeks ago, the 12Midnight curfew was lifted and replaced with the 2am curfew which is so in time for the festival, making it possible for shows to last past 12midnight.

Though, because of the lack of preparation time, some shows and events in the festival may not become as grand as those that happened in the pre-pandemic Buglasan times, for sure, people would still have the enthusiasm to celebrate this festival with their family and friends - and with everyone - as this can be an event where we can boldly express our gratitude for having survived the greatest scare that we and the world have witnessed in our lifetime. That though we don’t have control over whatever viruses or anything that come to scare our world, we have the ability to come with ways to win.

This Oct. 22, Saturday. And event titled “Reggae Weekend” will happen at Angtay Gold Club, an this event features Chocolate Factory and local reggae bands like Enchi and Willfreedo.

There could some more events that I don’t know of, but bars and restaurants will also have many events in the coming days.

No comments to show.